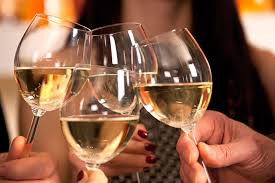 The Christmas season is approaching and against the backdrop of the Westminster and Hollywood sleaze allegations, it is more important than ever for employers to be aware of their obligations to protect their workforce from sexual harassment. Employers need to be aware that claims usually brought against the employer as well as the perpetrator. So on top of being morally and socially right, it makes financial and commercial sense for businesses to be proactive in tackling this issue preventatively and head on.

This is an area full of factual and legal complexities. The very nature of these claims brings obvious concerns regarding credible evidence in “he said, she said” cases. Nor are they helped by the increasingly blurred boundaries between outside and inside work activities, undoubtedly intensified by the abundant use of social media. Do you realise that employers are liable for acts of harassment carried out by their employees “in the course of employment”, regardless of whether the employer knew of or approved of an employee’s actions? This in itself can be hard to monitor and police. Although most victims have historically been concerned about damaging their career prospects by bringing a claim, the #metoo social revolution may be about to change this, so employers should sit up, listen and act now.

Under the Equality Act 2010, it is unlawful to subject someone to unwanted conduct (related to his/her sex), which has the purpose or effect of violating that person’s dignity or of creating an intimidating, hostile, degrading, humiliating or offensive environment. Whilst this is largely a subjective test, the law requires tribunals to take account, not only of the complainant’s perception, but the other circumstances of the case. They will ask if it is reasonable to conclude that the conduct could have that effect. For example, in some circumstances, an over-sensitive complainant who takes offence unreasonably at a perfectly innocent comment may not be considered as having been harassed. Equally, there is an imprecise line to be drawn between innocent flirting and harassment, particularly difficult in cases where the facts are not clear cut. Judging where to draw the line will often require a very delicate balance.

Where Does Harassment Fit In?

Critics argue that there is currently an omission in the law and therefore a pressing need to make sexual harassment a specific criminal offence in its own right. It is not one of the official five categories of hate crime. That said, police forces, who are free to create their own categories, have started recording such incidents as misogynistic offences. The Protection from Harassment Act 1997 makes it a criminal offence for a person inside or outside the workplace to pursue a course of conduct, on at least two occasions, which he or she knows, or ought to know, amounts to harassment. Where the act of harassment is closely connected with the employment relationship, there may also be a civil claim for damages against the harasser and the employer. It is not designed for sexual harassment cases specifically, however.

The state has until now been hesitant about legislating further. We have highly complex webs of personal relationships. It is difficult (and some would argue impossible, or not right), to know where, and how, to draw the line between normal interactions and conduct which should be made illegal. In short, each case will have different facts and it is almost impossible to create a single piece of universal legislation.

This area is a potential minefield for employers. Remember that it is not just women that can be victims of sexual harassment. And employers have a duty to protect innocent people being accused of things unfairly and sanctioned without due process. Ignoring this could potentially trigger constructive dismissal/stress claims.

For now, we would strongly recommend that employers review and check their harassment policies to ensure they are clear and robust. Staff should not only be made aware of the policies and the importance of following them but should also really be trained on this subject. By being proactive, employers have the best chance of defending themselves against subsequent harassment claims. You don’t want to attract uncapped compensatory awards. Demonstrating you took all reasonable steps to prevent harassment occurring can make all the difference. Something worth remembering before the office is decked with mistletoe….